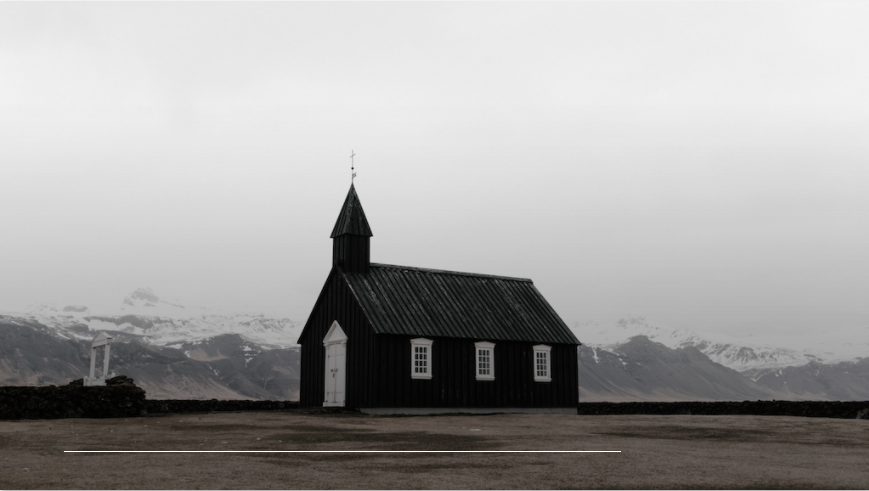 Unfortunately, it seems that in the West, most Christians have become caught up in the potent combination of early Christian supersessionism, historical ignorance and post-modern left-wing ideologies.

Melanie Philips is right in her recent article to call out the South African Christian leader Rev. Frank Chikane for his recent statements demonizing the State of Israel. And, sadly, she is also absolutely correct in her assessment that this is not an isolated incident but symptomatic of a much deeper problem in the church: the widely held Christian supersessionist worldview that “holds that the Jews were stripped of God’s favor because they denied the divinity of Jesus.”

Christians, therefore, inherited God’s promises and became the “new Israel” while the Jews were damned. This murderous doctrine was driven underground for a time by the Holocaust but given new life by the emergence of Palestinian Christian liberation theology. This fused the falsehood that the Palestinian Arabs were the original possessors of the land of Israel with theological, anti-Jewish supersessionism. Such fusion gave the Palestinian-Arab claim to the land of Israel the status of supposedly holy writ, “turning the State of Israel into an ungodly interloper and its defenders into the enemies of God.”

We also sympathize with Phillips’s laments about what seems to be the “acquiescence” of church leaders in this respect. She writes: “Extreme as it was, Chikane’s diatribe on Zoom illustrated an even more unpalatable state of affairs—the silent acquiescence of church leaders in the contemporary mutation of Christianity’s own murderous history, and its virulent spread into the cultural arteries of the West.”

Let us be clear. “Replacement” theologies in general—and Palestinian liberation theology in particular—are from a Christian perspective fundamentally wrong. Deliberately or through ignorance, the WCC and others who hold to these views distort scripture, history and even international law to support their case.

Regarding scripture: God’s word—the Old and New Testaments—speaks clearly about an everlasting connection between the Jewish people and the land of Israel. Jesus and the Apostles taught that the church was never intended to replace the Jewish people; rather, it is grafted into God’s eternal and never-ending covenants with the Jewish people. The prophets foretold that one day, the Lord would bring His people home in fulfillment of His promises. It warns that the nations who choose to come against Jerusalem and the Jewish people will be judged by the Lord when He comes. The Bible even warns that the church that becomes entwined with the secular powers will suffer great trials and persecution.

Regarding history: Supercessionists ignore the many thousands of years of historical roots of the Jewish people in the land of Israel, as well as the history of the last century, including the promises made by the international community in 1920 to recognize the right of the Jewish people to a homeland in Palestine—promises that have been tragically abandoned.

Regarding law: First, it is somewhat surprising that the WCC and others rely so heavily on international law to support their arguments; one would have thought a body purportedly representing Christians should primarily be relying on the Bible for support of its arguments. Their selective use of legal terminology reflects a total misunderstanding of what international law is, suggesting that it is a set of rules providing black-and-white answers to complex situations. But even then, WCC misquotes and misuses international law. For example, the oft-repeated claims that the occupation is “illegal” (they never explain why) or that Israel is guilty of apartheid are not only totally false, but malicious in their gross oversimplification of the law and the facts on the ground.

Tragically, the WCC is blinding the eyes of Christians and others worldwide. This is exactly the pride and spiritual blindness that the Apostle Paul warns about in Romans 11, and Jesus foretells in Revelation 3 as characterizing the church in the last days. It is anti-Christian because it is opposed to the character and purposes of Christ Himself.

However, it’s not all doom and gloom. It may seem like the church as one holds to supercessionism, but the reality is vastly different. The truth is that official pronouncements and policies concerning Israel, Palestine and the “Holy Land” published by church bodies such as the WCC, the Anglican Church and the World Evangelical Alliance do not necessarily represent the views of their constituencies, let alone the views of most Christians around the globe. In fact, although they appear to be a voice for the church worldwide, they probably represent only a minority of Christians. Even the official political positions of the Vatican and Holy See do not represent the views of all grassroots Catholics.

Although it is impossible to prove, we believe that there are literally hundreds of millions of Christians worldwide who have never even heard of the World Council of Churches, and if they had, they would vigorously oppose its political views. These are faithful, ordinary people who believe in Scripture and love the Jewish people, and are even sacrificing their lives for their faith. In China alone, it’s estimated that there are upwards of 70 million Christians, most of them members of illegal “underground” or “house” churches. There is a strong history of positive biblical teaching in China about Israel and the Jewish people. Churches are growing rapidly throughout Asia and Africa, where anti-Semitism is unheard of (many have never heard about the Holocaust). One can even speak of a perhaps small but nevertheless significant revival of orthodox, biblical faith in many parts of Europe, especially Central and Eastern Europe. In many parts of the Middle East, Muslims are miraculously—often, as a result of dreams—coming to faith in the God of Abraham, Isaac and Jacob, and with that comes an unexplainable but overwhelming love for the Jewish people.

What is common of all these Christians is that they are a minority in their country, sometimes even a minority within a minority. They do not necessarily belong to the political elite, and their voices are rarely heard. They are not represented by one single global body.

Our organization Christians for Israel—and we are just one of several such movements—has through our network of more than 40 national branches contact with many thousands of Christians in Asian countries like Myanmar, Vietnam, Malaysia, Thailand, Indonesia and Papua New Guinea who pray daily for the Jewish people. Throughout Melanesia and Polynesia (the Solomon Islands, Fiji, Tonga, Samoa, Cook Islands, etc.), many Christians are growing in knowledge, and their love and support, of Israel and the Jewish people. In Africa, Central America and South America, we can testify that there are hundreds of thousands of churches that share this passion.

Unfortunately, it seems that in the West, most Christians have lost the plot, becoming caught up in the potent combination of early Christian supersessionism, historical ignorance and post-modern left-wing ideologies that Melanie Phillips describes so vividly. In biblical terms, they have lost their “first love” and become worldly.

The WCC also follows the Western media in having us believe that Palestinians are victims and that Palestinian Christians by definition hate Israel. That also is not true. We know and work closely with many Arab Christians, both in Israel and the “West Bank,” who love Jews, support Israel, and believe and teach their children that God is still faithful to the Jewish people. Sadly, their stories don’t get told in the Western secular media; their lives are often threatened; and it is very difficult, if not impossible, for them to speak out against the ideologies and practices of the Palestinian authorities.

So with the end of the festival of Purim and ahead of the holiday of Passover, we wish the Jewish people well with all our heart. We want to remind them that they are surrounded not only by a heavenly host of angels, but by a largely invisible yet spiritually fervent global army of Christians who pray daily for the well-being of the Jewish nation—a group that sees it increasingly as its task to stand up in the public square to fight the delegitimization of Israel and demonization of the Jewish people.

The God of Abraham, Isaac and Jacob will never abandon His people, and we are confident that He is raising up many Esthers and Miriams “for such a time as this.”