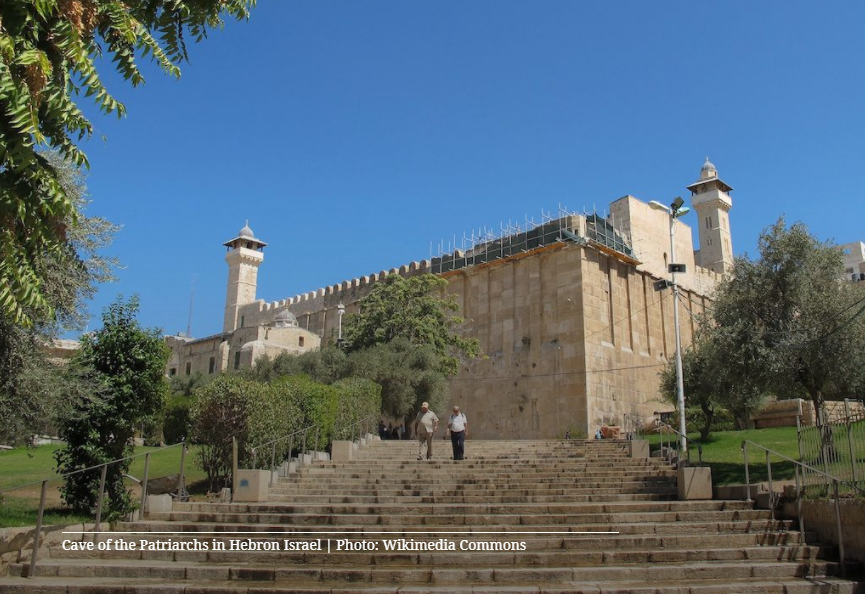 The Way of the Patriarchs

Tourism in Israel is a significant part of our little country’s economy and during these months of a global pandemic it has taken a hard knock. Both Jewish people from the diaspora who come to visit family and also Christian tourists, have all found themselves locked out of a country in lockdown.

To circumvent the disappointments of those who have not been able to visit, Amit Barak and Amotz Eyal have come up with an innovative idea. Founders of “Jnnovation Ltd,” the two young men have a friendship dating back to the army where they served in elite units. It is not just the army they have in common. Their paths have crossed in other ways too. Amotz founded TPS, the Israeli news agency which distributes news to Christian media outlets on four continents. Amit was one of the founders of the Israeli Christians Recruitment Forum which made remarkable steps in integrating the Arabic-Speaking Christians of Israel into the IDF. As such, both Amit and Amotz see the local Christians and Christians who visit from abroad as necessary and integral to the well-being of the state of Israel.

Their project due to be released later this year is a board game called the “Way of the Patriarchs.” It is based on the Biblical  figures as they travelled on one of the most ancient highways in the world. Starting from Beersheba in the Negev Desert, it follows the generations as they traveled through Bethlehem, Jerusalem, Bethel, Shilo, Samaria, the Jezreel Valley and the Nazareth ridge.

The family game offers people not only the chance to learn about the Land of the Bible but also conveys Biblical ethics. A  major component is providing the players with chances and choices to “depart from evil” and instead “do good.” One of the most unusual aspects about the game is the idea that winning is not the most important, but what makes someone a “winner” is choosing to do the right thing.

Like most game-makers today, Amit and Amotz had a choice to go digital, but they refused. In a world increasingly tired of being online and with family relationships strained, they knew a physical board game of days-gone-by would create time for people to be together and have some fun. It is a refreshing idea indeed.

“Like most game-makers today, Amit and Amotz had a choice to go digital, but they refused”

It is not just fun, it is factual as well. Research and development has taken the men two years. Utilizing experts in the appropriate archeological and historical fields, Amit and Amotz have created the board to represent a map of Biblical Israel with tens of well-researched and exquisite illustrations of the places our forefathers sojourned. The result is enticing. Even if you are not in the mood for play, there is something fun to be learned. It is not by chance that the very dice rolled in the game remarkably resembles those of the days of Purim in Persia.

Although nothing replaces a visit to Israel, the “Way of the Patriarchs” does provide a taste of the Good Land which will not only spur people on to lead righteous lives, it will sustain those who are impatiently waiting to get on a plane as soon as the global lockdown has ended.

But more than that, the “Way of the Patriarchs” is the Way of two modern-day Jewish former elite soldiers, whose love for their land did not end with their service. These are men who have not just found a way to bring Israel to the living room, they have commendably found a Way to obey the commands of God by teaching His precepts to children throughout the world.