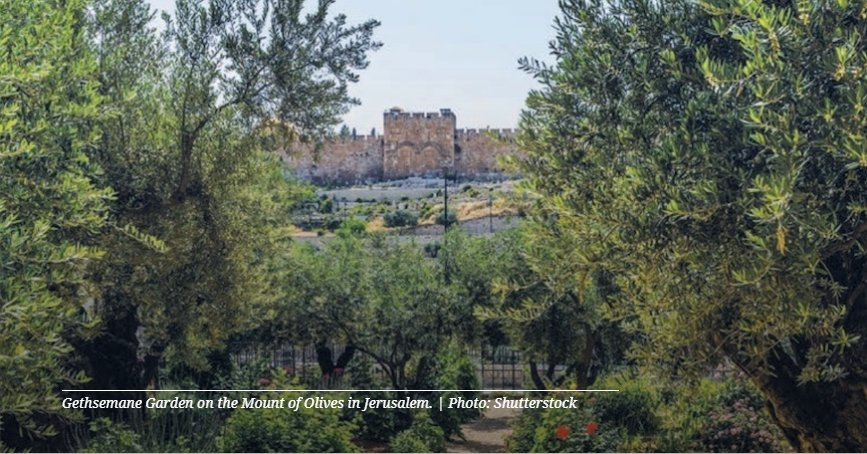 The Israel of God

This verse is a bit of a peculiar sentence, almost at the closure of Paul’s letter to the Galatians. Who is Paul speaking about?

Most English translations connect the two parts of the sentence with the conjunction ‘and’, suggesting that the text points at two different groups: the one denoted as ‘them’, the other as the ‘Israel of God’. The word ‘them’ refers to the first part of the verse: ‘Those who will walk by this rule’. The Living Bible changes the whole sentence, apparently in an attempt to avoid mentioning Israel, and reads: ‘May God’s mercy and peace be upon all of you who live by this principle and upon those everywhere who are really God’s own.’ That translation is a clear example of how this scripture is often interpreted: the Israel of God is not the people of Israel, but instead is the church of Christ, whether you are Jew or non-Jew. While Paul has indeed said that neither circumcision is anything, nor uncircumcision, an alternative way of understanding might be preferable.

Let us have a closer look at the text. Which rule, which principle does Paul mean? He described that principle in the previous verse: In Christ, ‘neither circumcision is anything nor foreskin, but a new creation!’ He wishes peace and mercy to those who hold firm to that principal. And he wishes that also to the Israel of God.

Now we need to consider what the whole purpose of this letter is. Some found that the believers of Gentile origin had to be circumcised and to take upon themselves the rules of Judaism, such as the feasts, dietary laws, and so on. Paul combats this requirement strongly. A non-Jew does not need to become a Jew, and a Jew remains a Jew, but there is unity in the Messiah. In Him, we are even a renewed creation. The opposition, the enmity between Jew and non-Jew has been overcome. The difference is not dissolved, but reconciled, for peace has come. And the non-Jew, too, shares in God’s mercy. If that is the case, would that not also be valid for all Israel, then? Israel is and remains God’s own property, after all.

Another possibility is to translate the Greek conjunction kai as ‘even’. Then, both parts of the sentence refer to the same group: those who follow this rule are the Israel of God. Those believing Jews, who recognise that Gentiles need not be circumcised in order to belong to God, are the Israel of God. This would be true for rabbinic Judaism, too, by the way. Rabbinic Judaism judges that for Gentiles to receive salvation, it suffices to live according to the so-called Noahide laws, which do not include circumcision.

This rabbinic concept was elaborated in the Talmud, but an echo of the Noahide laws is heard in Acts 15:20. The congregation in Jerusalem may have been familiar with an early form of this concept. So, even for rabbinic Judaism, gentiles need not become Jews to inherit eternal life.

Whatever interpretation we prefer, it is important to understand that Israel never means anything else than Israel throughout the Bible. So, we must bring strong arguments if we would want to spiritualise Israel’s meaning in Galatians 6:16. But both from the logic of the letter to the Galatians, and from the logic of the New Testament as a whole, it is inevitable that here, too, Israel is Israel. In Romans 9, there seems to be a split in Israel. However, chapter 11 makes clear that also those who have stumbled are still the Israel of God. Would it be different in Galatians?

It is time for the church worldwide to bless the people of Israel as the Israel of God.