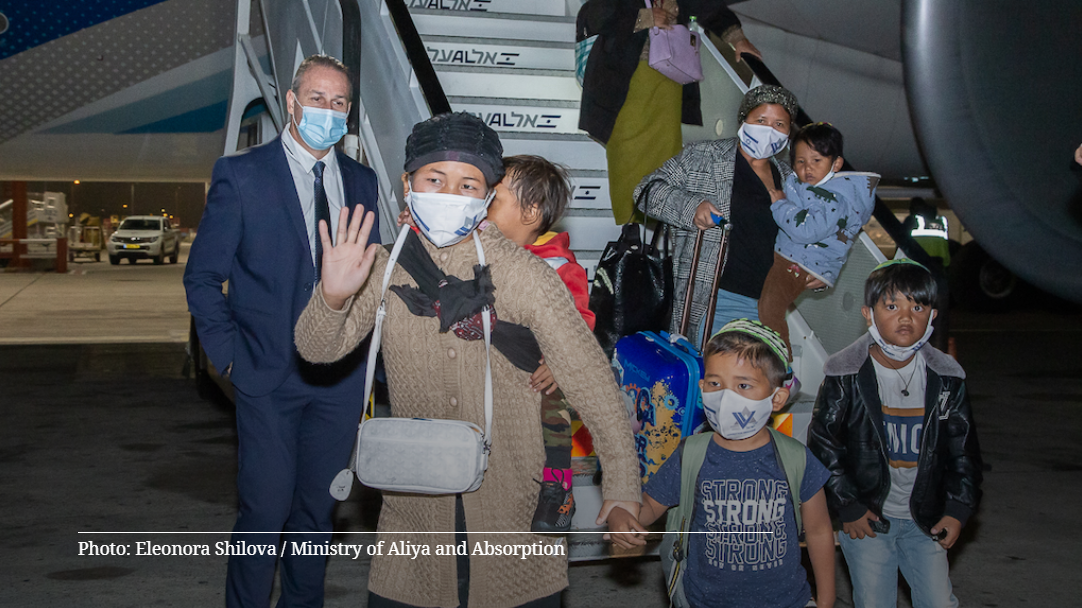 The arrival of the Bnei Menashe is a Hanukkah miracle

The group of 250 which made aliyah last week was the first to arrive in two-and-a-half years.

After a long and tiring flight throughout the night, the band of new immigrants emerged from the El Al plane and made their way slowly down the stairs, their senses heightened by the early-morning chill as well as the knowledge that their cherished dream was coming true.

As they reached the tarmac, setting foot on the land of their ancestors after centuries of exile, many knelt and passionately kissed the ground, vocally thanking the Creator for bringing them home to Zion. Surely even the hardest of hearts could not help but be moved by this powerful visual image as a scene wrought with Biblical overtones that has come to life. 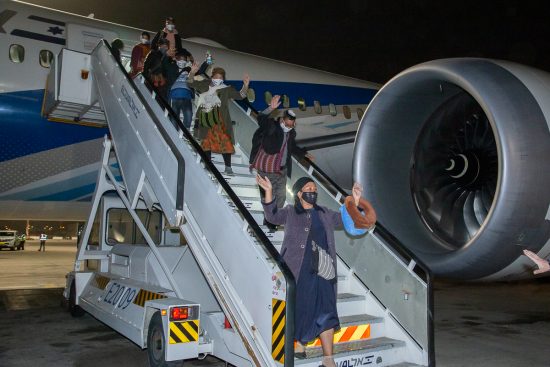 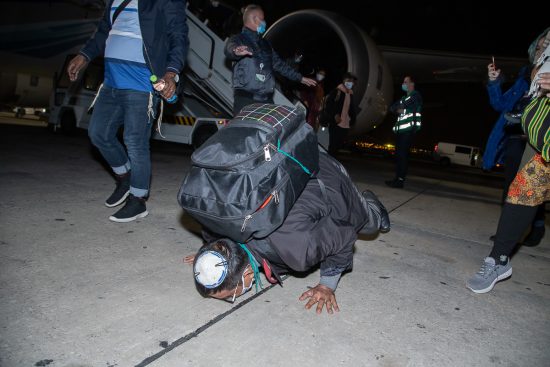 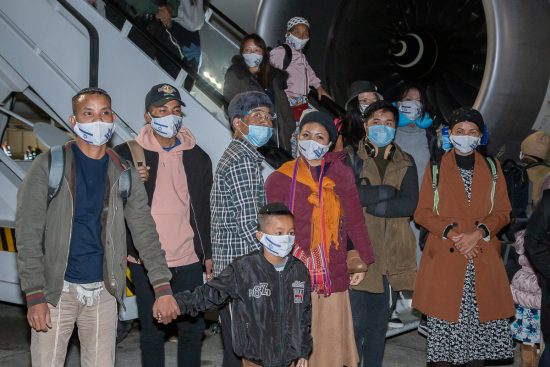 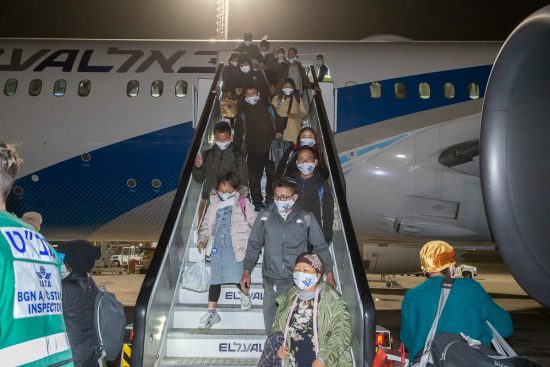 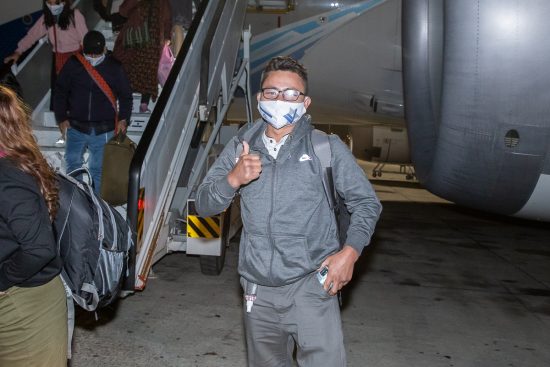 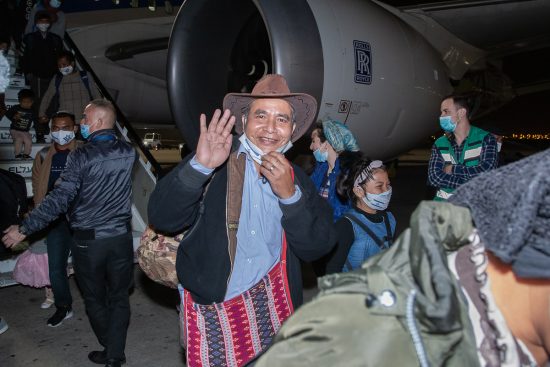 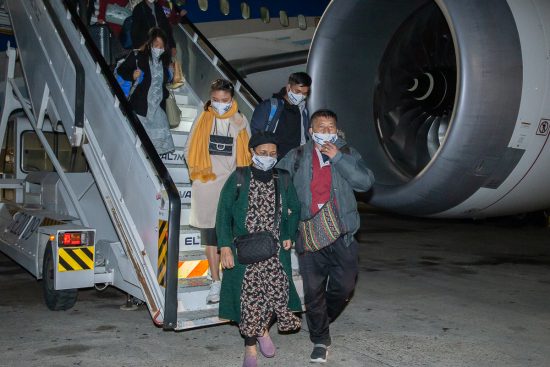 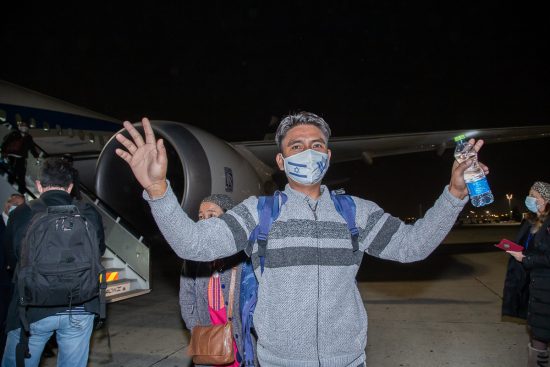 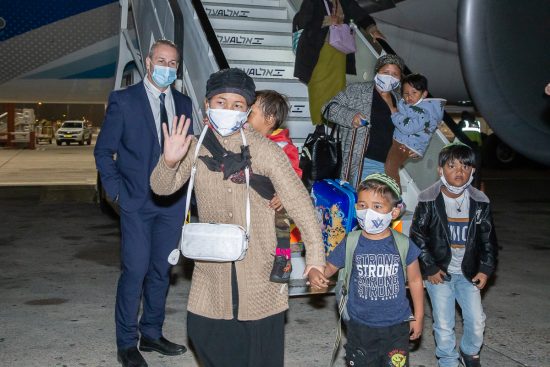 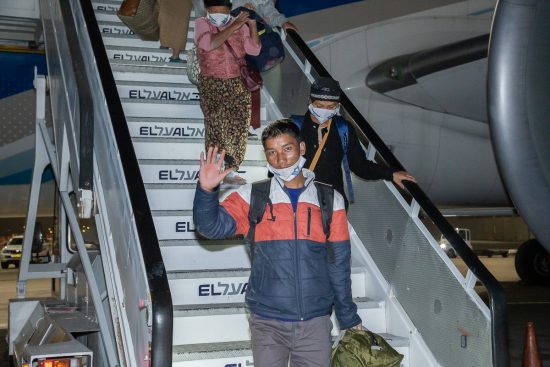 Early this past Tuesday, a group of 250 Bnei Menashe from northeastern India touched down at Ben-Gurion Airport on a special charter flight arranged by Shavei Israel, the organization I founded and chair, in conjunction with the Aliyah and Absorption Ministry. After undergoing formal conversion by Israel’s Chief Rabbinate, the immigrants will move to Nof HaGalil, formerly known as Upper Nazareth.

The Bnei Menashe are descendants of the tribe of Manasseh, one of the Ten Lost Tribes exiled from the Land of Israel more than 2,700 years ago by the Assyrian Empire.

Despite being cut off from the rest of the Jewish people for so long, the Bnei Menashe continued to preserve the ways of their ancestors, observing Shabbat, keeping kosher and adhering to the laws of family purity. They never forgot who they were or where they came from nor where they one day yearned to return.

After being discovered in the 1980s by the late Rabbi Eliyahu Avichail, the Bnei Menashe embraced contemporary Orthodox Judaism.

So far, more than 4,000 Bnei Menashe have made aliyah thanks largely to Shavei Israel. Another 6,500 Bnei Menashe remain in India awaiting the chance to immigrate to the Jewish state.

The group of 250 which made aliyah earlier this week was the first to arrive in two-and-a-half years and their homecoming is rife with moving personal stories.

Indeed, that figure of 250 conceals more than it reveals because behind those digits are living, breathing human beings, each one a world unto themselves with hopes, passions and dreams.

Among the arrivals was Miriam Singson, a widow from the Indian state of Manipur, along with her son Tzadok and daughter Rina. Miriam has two other children who made aliyah several years ago, and this week she was able to see her six Israeli-born grandchildren for the first time.

Another heartwarming reunion took place with the aliyah of Yaffa Haokip and her two young sons, Alon and Hanan. Yaffa’s parents, Nehemiah and Nirit, moved to Israel 13 years ago and she hasn’t seen them since, nor have they ever had the opportunity to meet their own grandchildren.

And then there is Azaria Kolny, who has lived in Israel for the past two decades and told me in advance of the aliyah that, “It is very hard to believe that I will have the chance to embrace my dear son and his family after a long gap of 20 years. I feel very happy and in shock… I can’t even express what my feelings are.”

The resumption of the Bnei Menashe immigration would not have been possible without the decisiveness and determination of Aliyah and Absorption Minister Pnina Tamano-Shata. Virtually from the day she assumed her post, she took it upon herself to do everything possible to obtain the requisite approvals for the Bnei Menashe homecoming.

This aliyah was also the fruit of efforts by a wide range of Christian Zionists and lovers of Israel around the world. International groups such as Christians for Israel, Bridges for Peace, Ebenezer Operation Exodus, the ICEJ and Shalom Israel Asia Pacific, as well as many Christians from Scandinavia to Seoul, poured out their hearts in prayer and provided support to carry the sons of daughters of the Bnei Menashe back to Zion just as Isaiah (49:22) foretold. 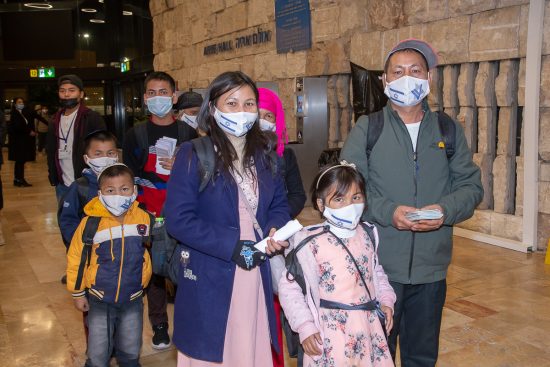 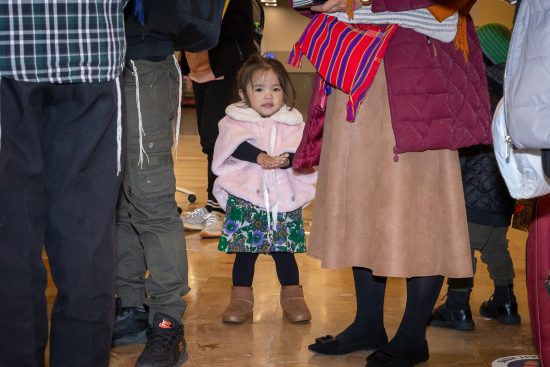 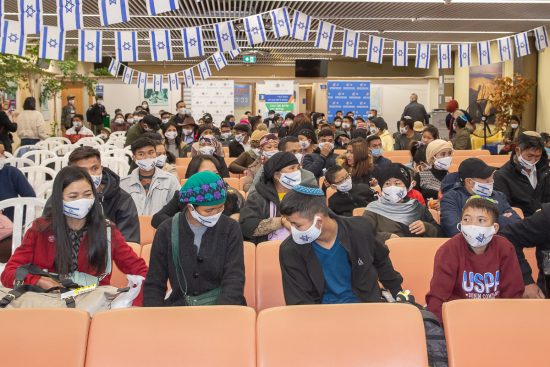 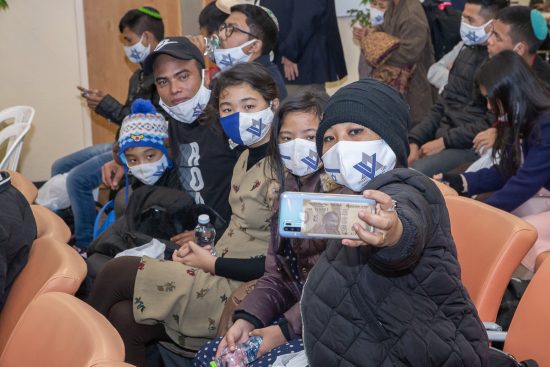 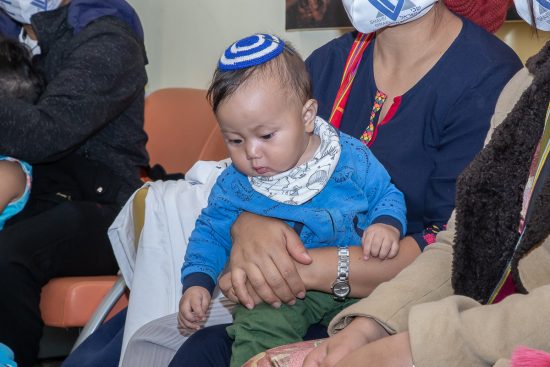 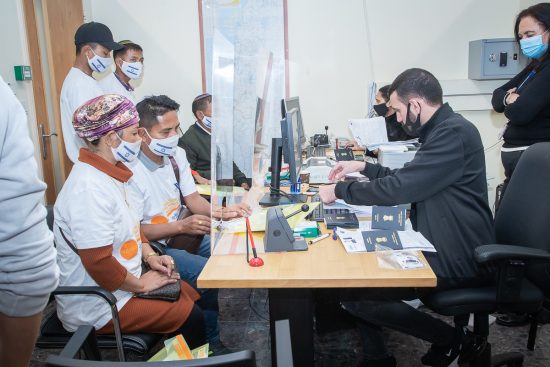 The Bnei Menashe may not speak Yiddish or Ladino, eat gefilte fish or savor hot cholent, but that in no way makes them any less a part of Jewish destiny. They are a blessing for Israel and the Jewish people and we must do everything in our power to reunite them with our nation.

It is fitting that the Bnei Menashe aliyah took place this past week during Hanukkah, when we celebrate the Hasmoneans’ discovery of the miraculous flask of pure oil which somehow managed to remain untainted. In this sense, the rediscovery of the lost tribe of Bnei Menashe, which maintained its fidelity to the God of Israel despite 27 centuries in exile, is a modern day version of the Hanukkah miracle, of Jewish faith and survival against all the odds.

2020 has been a year of upheaval, uncertainty and unease. So as it draws to a close, it is nice to be able to celebrate a truly moving and special moment in Zionist and Jewish history.

Yet even as we savor this event, we refuse to forget those left behind who are still waiting to make aliyah. With God’s help, we will do everything in our power to ensure that all the remaining 6,500 Bnei Menashe will be able to call Israel their home. May it happen soon. 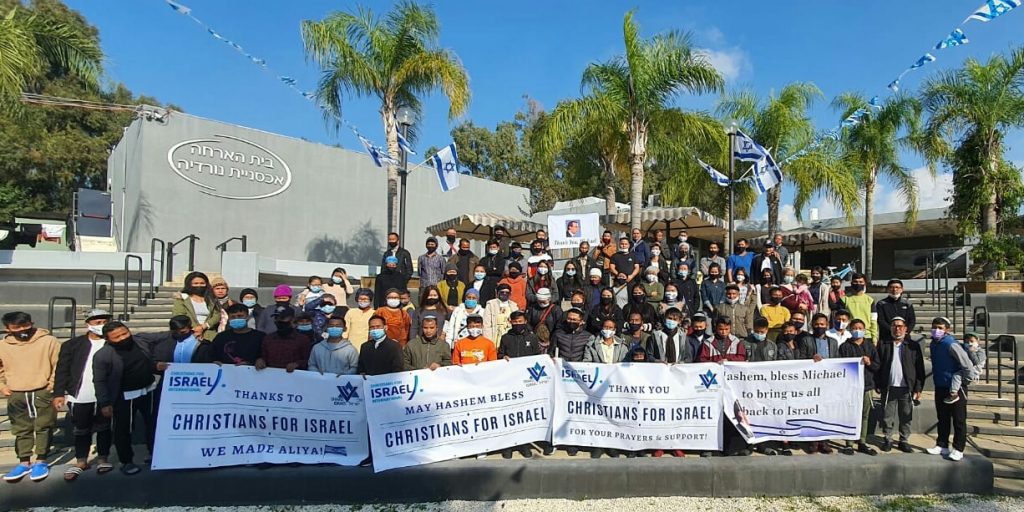 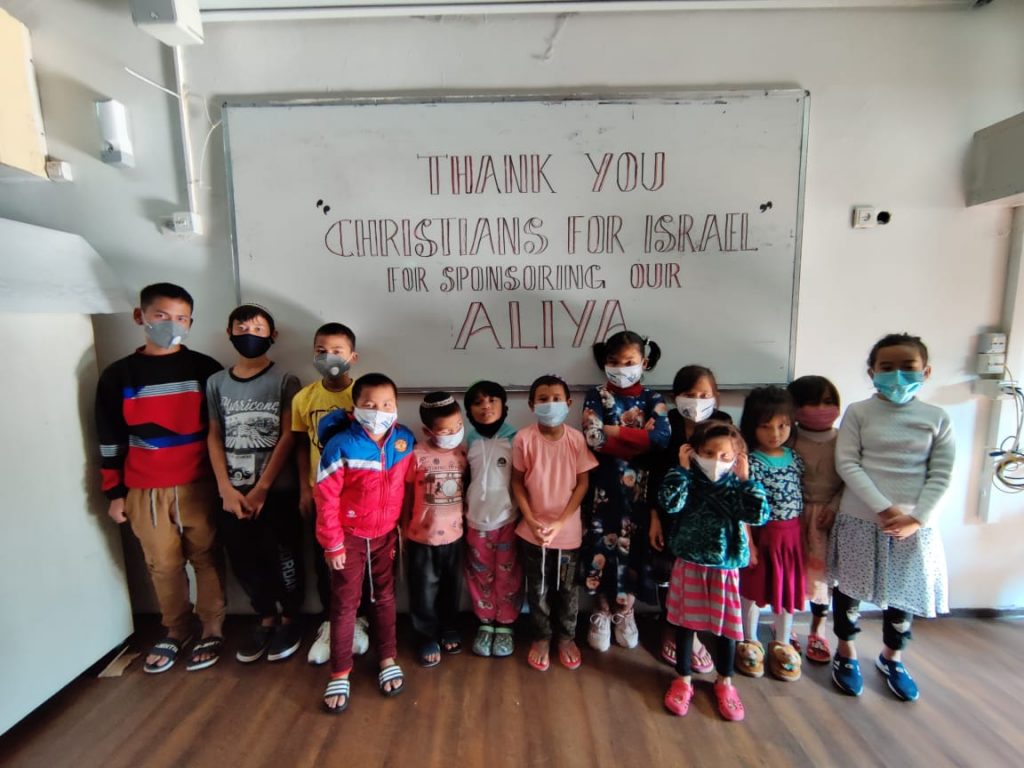