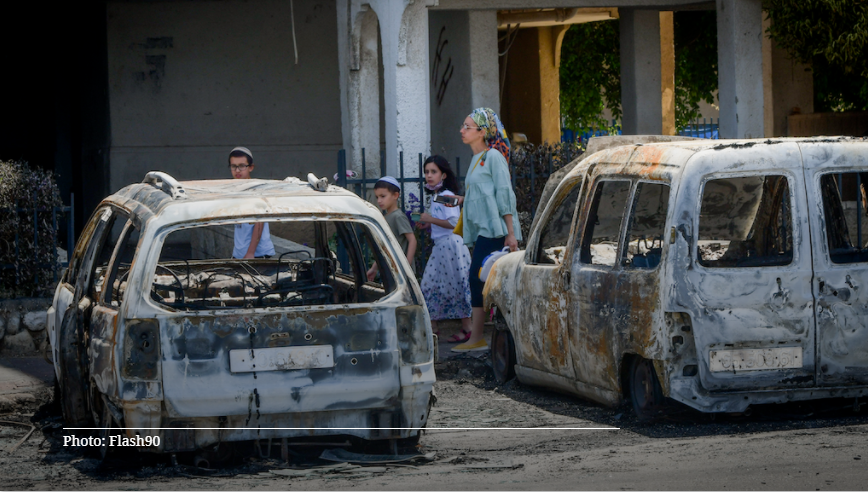 Statement about the current situation in Israel

Israel is under fire by Hamas rockets from Gaza and by Palestinian riots in Jerusalem. Most mainstream media tell us that eviction of Palestinian houses in Jerusalem caused all this anger and violence. What is the real cause of all this?

The riots and protests were already in preparation for many weeks. Palestinians have been collecting heavy stones and fireworks in the Al Aqsa Mosque on the Temple Mount over the last weeks. And Hamas had been illegally importing hundreds or thousands of sophisticated missiles and rockets intended to reach the cities Tel Aviv and Jerusalem. Waiting for an opportunity to start the violence and target Israeli civilians. The Palestinian President Abbas recently cancelled the elections. He was doing badly in the polls. Yet he remains President, despite the fact that he was elected for a four-year term over 16 years ago. There is great dissatisfaction among the Palestinians. That is why Fatah – the party of Mahmoud Abbas – has an interest to distract attention. They prepared violence and encouraged it. As soon as the riots in Jerusalem escalated, Hamas started to fire rockets from Gaza at the Israeli civilian population. Also, many fire balloons were launched, torching agricultural crops and nature reserves.

The alleged upcoming evictions in the (originally Jewish) neighbourhood of Simon Hatzadik (Sheikh Jarrah) were used by the Palestinians as an argument for commencing the riots and violence. Most western media are reporting that Palestinians are to be evicted from their homes by the Israeli army in order to replace them by Jewish colonists. But the Palestinian residents of those houses have had every opportunity to obtain justice through years of court cases. They refused to pay the rent since 1993 to the rightful owners. The original Jewish owners had been evicted during the Jordanian occupation (1948-1967). This case has been in court for decades, so this issue was not new.

We deeply regret that innocent people on both sides are again suffering from rockets and violence, but also from misleading information about what’s really going on. As Christians for Israel International we stand with Israel and keep on supporting and praying for Israel and all its citizens and residents. We also pray for those who act as enemies of Israel, for the people of Gaza, and that the Palestinians will be freed from the influence of those who seek the destruction of the Jewish people.