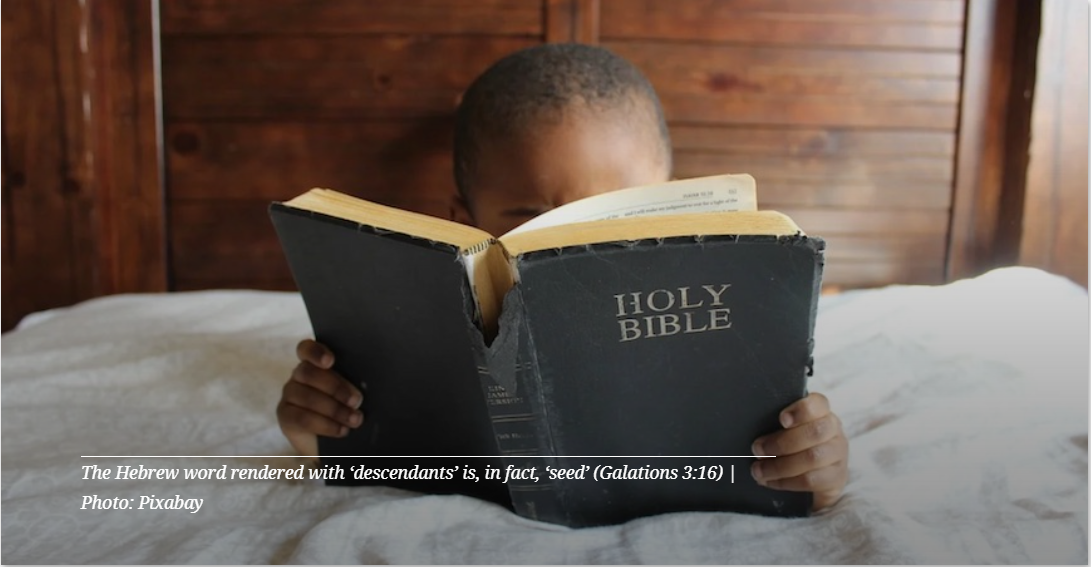 “And if you belong to Christ, then you are Abraham’s descendants, heirs according to promise.” Galatians 3:29

It is often said: this verse proves that the people and the land of Israel have become obsolete. What matters is, whether you belong to Christ. That makes you a true heir of the promise. Which promise does Paul mean, though?

“Which promise does Paul mean, though?”

In Galatians 3, Paul speaks two times about ‘promises’ in the plural (verses 16 and 21). In these contexts, you could think of the promises concerning the offspring, the land, and the blessing for the nations. Apart from this, Paul also talks in this chapter about the promise, singular. The content of that promise (singular) is, according to Paul, the gift of the Holy Spirit (verse 14). That is the key to this chapter. The decisive question is: Did the gentiles receive the Spirit through faith, or through ‘works of the Law’? The answer is, obviously, through faith. By the way, that does not only apply to gentiles. Also “We, Jews by nature and not sinners from among the Gentiles” (Galatians 2:15) have received the promised Spirit through faith, Paul says.

In the letter to the Galatians Paul is fighting the false brothers who want to force new gentile believers to be circumcised and to observe the rules of Judaism (Galatians 2:3, 12 and 14). Their teaching obscures the distinction between Israel and the nations, and so endangers the calling of Israel. Moreover, it goes against the gospel and against the practice of the brothers and sisters in Jerusalem (Acts 15).

In Galatians 3:16, Paul uses midrash, a Jewish way of expositing Scripture, to make his argument. The Hebrew word rendered with ‘descendants’ is, in fact, ‘seed’. In the original language, it is singular. This, Paul, argues, in fact, points at the Messiah. Christ is, therefore, the heir to the promises. From the beginning, however, God’s purpose with the election of Abraham has been to bring salvation to the gentile nations. That is intended in the promise of blessing, that the gentiles, too, may receive the Spirit.

Now, who is Abraham’s seed? That is, and remains, Israel, first and foremost. That is clear from Romans 9. But here, in the situation of the Galatians, the second aspect of meaning is highlighted. God has promised to Abraham that all nations would be blessed in him through the faith. All those who are in Christ, are heirs of this promise, for, through Christ, they are the seed of Abraham – even the Greeks. All the promises (plural) made to Abraham remain valid for Israel. But the gentile nations may share in that one great blessing: the promise (singular) of the Spirit.