Since we started our food parcel campaign at the end of October 2020, you could almost say that we have been packing and distributing food parcels non-stop.

In the cities of Mariupol, Donetsk, Kiev and Vinnitsa thousands of kilos of food products are delivered every two weeks, after which they are packed and distributed by local volunteers.

From Odessa for instance we received requests for 1,720 food parcels intended for Holocaust survivors and Jewish elderly in need. Especially during the harsh winter months our support is much needed. Due to high heating costs there is little money left for food… 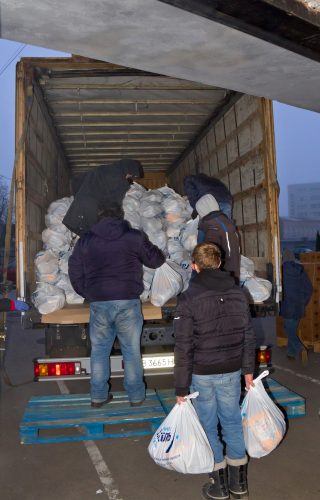 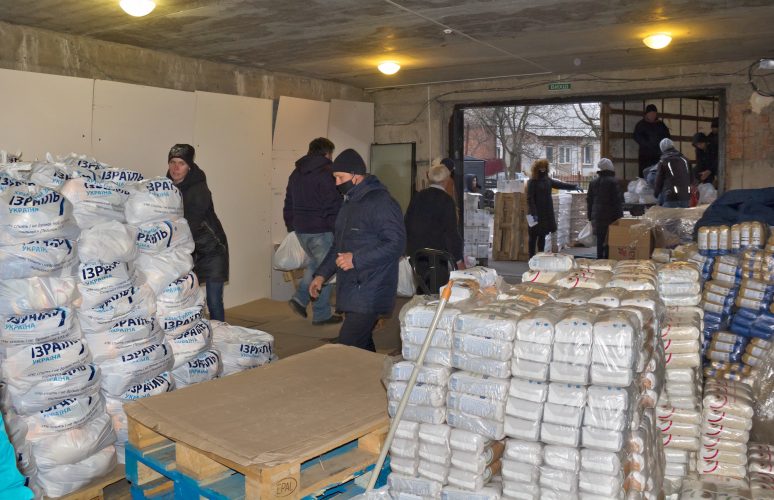 Fortunately, we receive help from the Jewish organization Tikva. The young people who grew up in their orphanage help us with the food parcels. We try to deliver the parcels to the homes or through a pick-up point. We always work in cooperation with the leaders of the local Jewish community!

The response is heartwarming, for example Sveta from Kropivnitsky said: “The fact that you also think of us in this corona time gives me comfort in my difficult situation!” To this we always answer: “It is a blessing to receive, but also a blessing to give!”

Also the Jewish elderly in Donetsk (Eastern Ukraine) are thankful for the food parcels they receive regularly. Their laughter  and joy speak volumes. In the suburbs of Donetsk you can still clearly see the traces of the violent war that raged here and which is actually still ongoing.

“And the weather conditions,” you might ask? It is not bad at the moment: a bit of snow here and there, and temperatures up to ten degrees below zero. The lakes are slowly freezing over and the fishermen are testing the ice. 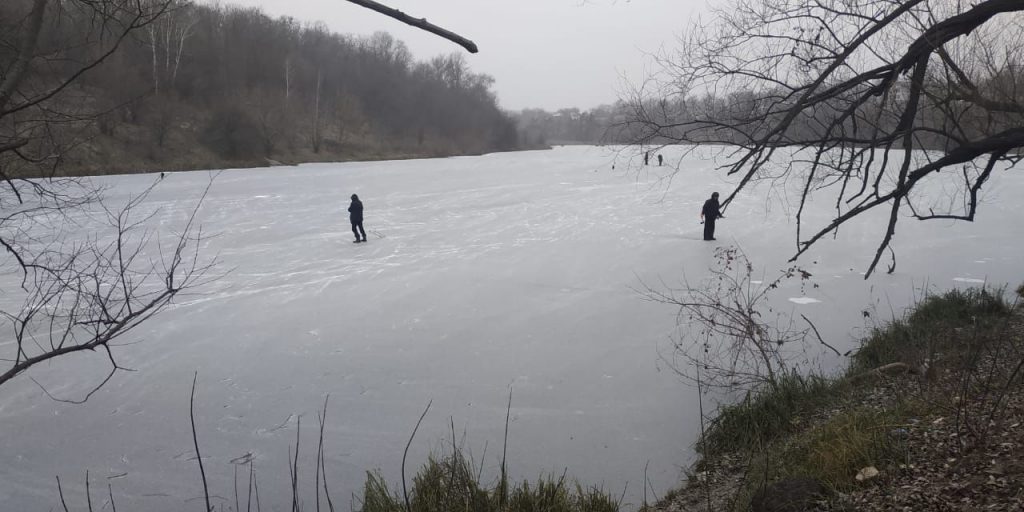 You can already walk on the big lake near Uman

In the last few days we brought food parcels to the towns of Krivog Rog, Poltava, Nicolaev, Slavuta, Bela Cherkov, Mirgorod and many other places with our minivans.

And now it is Hanukkah, and on the first day the roads were very icy in large parts of the country. For us it was a wink from above: we handed out all the parcels just in time! Next Tuesday 200 food parcels will be brought to Lviv in Western Ukraine. Then our storage will be empty again and on Thursday there will be a new load of food products delivered, weighing a total of 22,000 kilos!