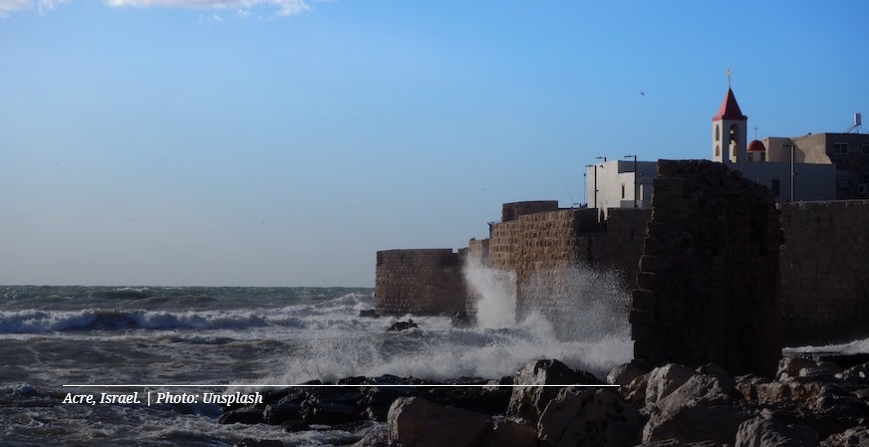 Introducing the Plain of Acre

Out of Asher his bread shall be fat, and he shall yield royal dainties. Genesis 49:20.

We continue our ‘walk through the land’ (Genesis 13:17) series, helping us to learn more about the Bible by understanding the land where much of it took place. We still find ourselves on Israel’s coastal plain, which consists of three subsections: Plain of Philistia (south), Plain of Sharon (Center), and Plain of Acre (north). Our focus will be on the last of these.

“Nearly 60% of Israel’s population lives on the entire coastal plain, which stretches 187 kilometres or 116 miles”

Remember that the entire coastal plain stretches 187 kilometres or 116 miles. Nearly 60% of Israel’s population lives on the plain, especially clustered around the major cities of Tel Aviv-Yafo and Haifa. Not only is it Israel’s most Jewish section, of which Jews comprise 96%, but is the third most Jewish area in the world.

The Plain of Acre starts in the northern suburbs of the port city of Haifa and goes northward 32 kilometres (20 miles) to the Lebanese border at Rosh Ha Niqra, a seaside rock grotto and tourist site. The breadth of the plain is 8-14 kilometres (5 to 9 miles), from the Mediterranean to the hills of Western Galilee and Armageddon Valley. It is a fertile region which contains a lot of agricultural communities, namely kibbutzim and moshavim, with islands and islets off the coast. Cities in the region, from north to south, include Nahariya, Acre (Akko), and Haifa.

Haifa This is Israel’s chief port and third largest city after Jerusalem and Tel Aviv. While not mentioned in the Bible, Haifa is located on the Biblical site of Mount Carmel (I Kings 18), which we will examine separately. The first mention of the city is in the Talmud. Church historian and topographer Eusebius spoke about the city, calling it Sykaminos. The crusaders captured the city in 1100 AD and named it Caiphas. Centuries later the British took Haifa in 1918 and it became part of the Mandate in Palestine. The Arabs surrendered the city into Jewish control on 22 April 1948.

Haifa is home to the University of Haifa (1964) and the Israel Institute of Technology, known as the Technion (1924). It also serves as world headquarters of the Bahai religion and hosts the magnificent terraced Persian Gardens (it is worth coming to Haifa just to see it, as well as the awesome view of the Mediterranean). The city’s population is over 250,000 and has a diverse population, including a large Arab minority.

Acre (Akko [Hebrew] or Akka in [Arabic]) This ancient port city sits at the northern end of Haifa Bay, and provides an intersection with major roads inland. Acre is considered one of the oldest continually inhabited cities in the world. It was subject to invasion and occupation during the centuries; here the Crusaders made their last stand, calling it St. Jean d’Acre. The surrender of the city to the Muslim armies in 1291 AD signalled the end of the Crusader kingdom in Palestine. Today Acre has 50,000 residents and welcomes pilgrims from the Bahai religion. 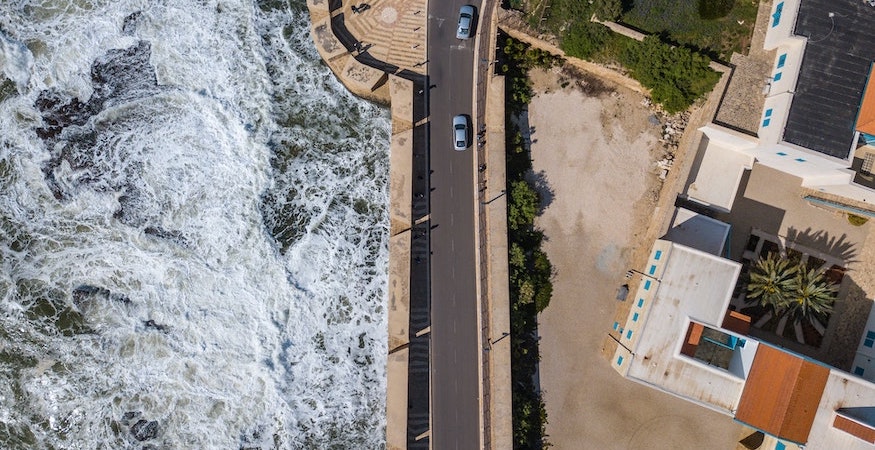 Acre has scant Biblical reference, one in the Old Testament and one in the New. It is mentioned in passing in Judges 1, where it’s called Accho or Akko. In the New Testament it was named Ptolemais, a Greek name meaning ‘warlike,’ named after Alexander the Great’s general Ptolemy Soter. His was one of four kingdoms established after Alexander’s death.

Josephus Flavius mentions it more than once in his book War of the Jews (Book 1 Chapter 20, 3; Book 3, Chapter 2, 4). When Paul made his fateful, final journey in Jerusalem, he sailed from Tyre in Phoenicia to Ptolemais:

And when we had finished our course from Tyre, we came to Ptolemais, and saluted the brethren, and abode with them one day. Acts 21:7

The city has only been in Israelite hands a short period during its long history, becoming part of the State of Israel in 1948. The subterranean crusader city is worth a visit, though it dates 1,000 years after the Bible.

“While the Plain of Acre has little Biblical reference, it is still part of the tribal allotment of Asher”

While the Plain of Acre has little Biblical reference, it still part of the tribal allotment of Asher. Another name for it could be the ‘Plain of Asher,’ son of Jacob and Zilpah, Leah’s handmaid (Genesis 30:13). Asher was meant to possess the plain but apparently his military did not break through to the Mediterranean.

Asher was Jacob’s 8th son and his name means ‘happy.’ Like Simeon, this tribe does not have an illustrious history. It provided no judge, deliverer, or great leader. It is given an honourable mention in the tribal lists (Genesis 35:26; 46:17; Exodus 1:14). Asher grew during the wilderness sojourn. Its boundaries are described in Joshua 19:24-31, containing some of the best agricultural soil in the country, but it failed to capture these according to Judges 1:31-32 (quoted above).

Despite its obscurity and mediocrity, Asher has a brighter future. When Jesus was dedicated in the temple in Jerusalem, Simeon prophesied over the infant that he would be the Lord’s Messiah. Immediately, an elderly woman, a prophetess like Miriam, Deborah, and Huldah (II Chronicles 34:22), who never left the temple but prayed and fasted day and night, confirmed Simeon’s word with thanksgiving. She gave encouragement to all who looked for Jerusalem’s redemption. Her name was Anna, daughter of Phanuel, from the tribe of Asher (Luke 2:36-38). In Revelation 7:6, Asher is numbered among the 144,000 and gets a pearly gate in the New Jerusalem (21:12).