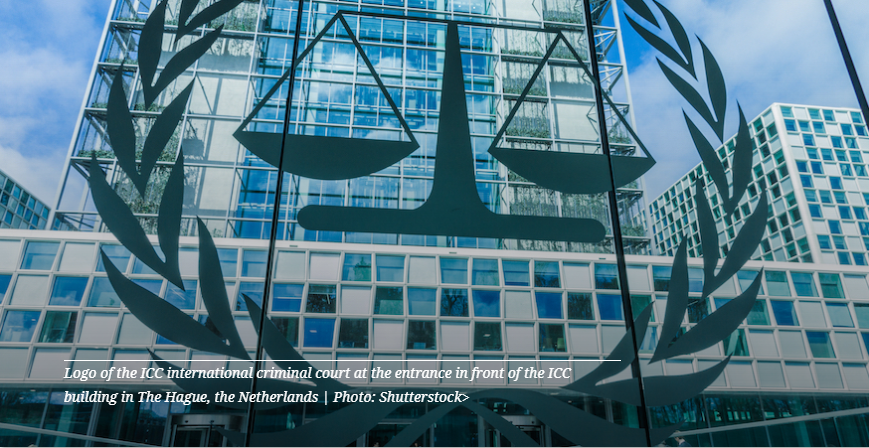 On 3 March 2021, the Prosecutor of the International Criminal Court (ICC), Ms Fatou Bensouda, announced she has started an official investigation into alleged ‘war crimes’ in ‘the territory of Palestine’. This could lead to the prosecution and imprisonment of Israeli, Hamas and maybe other Palestinian leaders for ‘war crimes’ under the Rome Statute.

The Prosecutor’s decision follows the ruling a month earlier (on 5 February 2021) by the Court’s Pre-Trial Chamber (PTC) that the ICC has ‘jurisdiction’ over crimes committed on the territory of ‘Palestine’.

“Israel is not a party to the ICC’s Rome Statute, and ‘Palestine’ is not a ‘state’ under general principles of international law”

The Background The Court cannot prosecute all crimes. Unless the Security Council refers a “situation to the ICC (which it has done on only two occasions – Libya and Darfur), the Rome Statute says the Court can only investigate and prosecute crimes committed by a national of a State that is party to the Rome Statute, or that have been committed on the territory of such a State.

But Israel is not a party to the ICC’s Rome Statute, and ‘Palestine’ is not a ‘state’ under general principles of international law.

The Court based its reasoning on Resolution 67/19 adopted in 2012 by 138 of the 193 UN member states recognising Palestine as a ‘UN non-member Observer state’. It was on the basis of that resolution that ‘Palestine’ applied to apply to become a member state of the ICC in 2015.

The UN Secretary-General (who is responsible for administering accession to the Court’s Statute) accepted their papers – and ipso facto ‘Palestine’ became an ‘ICC State Party’!

The first thing the Palestinians did was ask the Prosecutor to investigate Israeli leaders for war crimes committed on the territory of ‘Palestine’ since 13 June 2014. (The Palestinians chose this date deliberately – it was the day after three Israeli teenagers were killed in Gaza).

The Prosecutor then spent five years investigating this ‘Situation in Palestine’. Her conclusion: there are ‘reasonable grounds to believe’ that two kinds of ‘war crimes’ have been committed ‘in Palestine’:

‘The Territory of Palestine’ Aware of how controversial the question of Palestinian statehood is, in early 2020, the Prosecutor asked the Court to confirm whether, in fact, she has the authority to investigate the alleged crimes. The Court invited states and experts to provide it with advice; over fifty submitted lengthy and detailed reasons for and against jurisdiction. Then there was a deafening silence.

Finally, on 5 February, two of the PTC’s three judges issued a short ruling. Arguing that the Court is not allowed to address the complex question whether Palestine is really a ‘State’ under international law, they said the bare fact that the UN recognises Palestine as a ‘UN non- member Observer state’ is enough for Palestine to qualify as a ‘State on the territory of which the conduct in question occurred’ for the purposes of article 12(2)(a) of the Rome Statute.

Moreover, they said the ‘territory’ of the ‘State of Palestine’ is the West Bank, East Jerusalem and the Gaza Strip.

Acrobatics The dissenting Judge (Hungarian judge Peter Kovács) issued a blistering 160-page dissent. Clearly outraged, he accused his colleagues of ‘acrobatics with provisions of the Statute’, which, he said, ‘cannot mask legal reality.’ He said the majority’s reasoning has ‘no legal basis in the Rome Statute, and even less so, in public international law.’

‘Atrocities’ The ICC is a court of last resort that was established to end impunity for ‘unimaginable atrocities that deeply shock the conscience of humanity’ – ‘grave crimes’ that ‘threaten the peace, security and well- being of the world’. It is absurd to suggest that the crimes identified by the Prosecutor qualify as the sort of grave crimes that the Court was intended to deal with.

The IDF is responsible for protecting the State of Israel. Its actions relating to Gaza have all been in response to Hamas- instigated aggression. It is quite conceivable that mistakes may have been made. But accusing Israeli leaders of purposefully committing ‘atrocities’ shows a lack of understanding of the difficult environment in which Israel finds itself.

It is all the more bizarre to consider it an ‘atrocity’ for Israel to allow Jews to live in East Jerusalem, Judea or Samaria. These communities are not directed against the Palestinians, and they do not result in deaths or physical harm. These ‘settlements’ cannot be compared with the mass forced population transfers performed by Germany and Russia during and after WWII.

Criticism The ICC State Parties that made submissions to the Court are furious that the Court rejected their non-recognition of Palestine, instead unapologetically adopting the historical, political and legal paradigm advocated by the Palestinians and the Arab League. Australia, Canada, Germany, the Czech Republic, Austria and other nations have all issued statements criticising the decision.

Australia’s Foreign Minister Marise Payne: “Australia has deep concerns with the ruling … Australia does not recognise a ‘State of Palestine’, noting that matters relating to territory and borders can only be resolved through direct negotiations between Israel and the Palestinians… The International Criminal Court should not exercise jurisdiction in this matter.”

What Happens Next? The ICC has limited resources and is under pressure to achieve successful prosecutions.

Despite an annual budget of about 150 million euro (approximately US $178 million), eighteen judges and a staff of over 400 personnel, in its 19-years existence, the Court has managed only four convictions. The Court is plagued by inefficiencies, poor internal communication and a culture of fear and intimidation. In 2020, a review by Independent Experts proposed a whole range of reforms to the way the ICC operates, makes decisions and sets priorities.

The current Prosecutor, Ms Bensouda, will be replaced in June when her 9-year term expires by British lawyer Karim Khan. He will have the job of deciding whether, how and when to carry out this investigation into war crimes ‘in Palestine’.