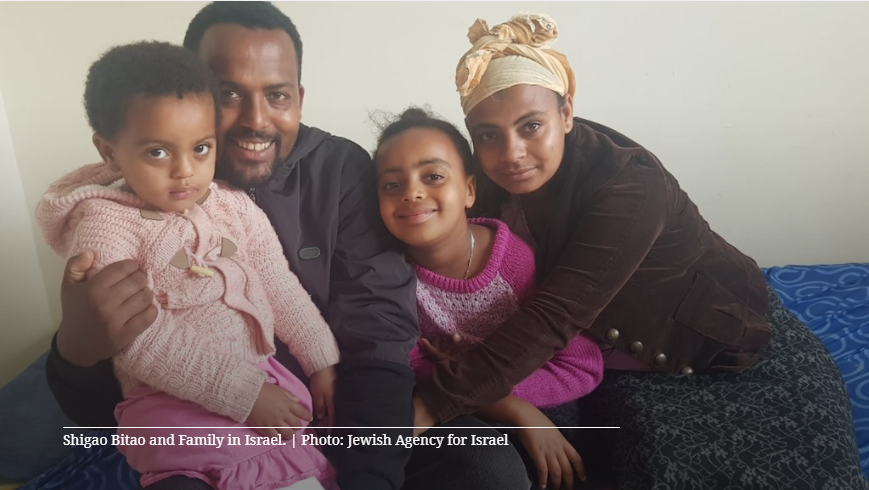 The Bitao family has long suffered. Their nearly two decade long dream of making Aliyah joined with the dream to be together and whole again. 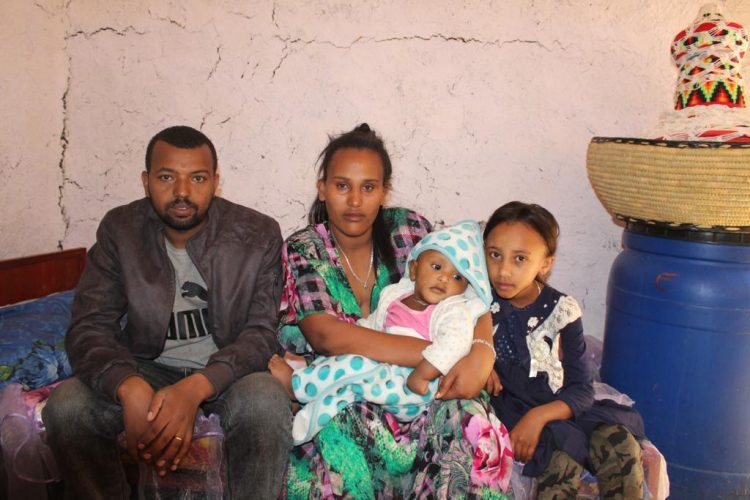 The years passed and finally, the mother was granted permission to make Aliyah two years ago and currently resides at the Beit Alfa Aliyah Center. The three siblings were left in Ethiopia with their families, clinging to each other.

Approval finally came for Tedfalech and Shigao together with their families to arrive on January 22, 2020. They were afraid, should they leave Amane behind? They were guaranteed his approval would be forthcoming; he would make Aliyah just one week later, on the next flight. With that assurance, they boarded the flight. After their arrival in Israel, they kept asking when will Amane come?

A few days later, they learned of Israel’s closed airspace and fear crippled them. This was what they were afraid of! Would Amane be left behind? They were especially concerned as Amane suffers from PTSD, having served in the Ethiopian army. This disappointment could crush him. 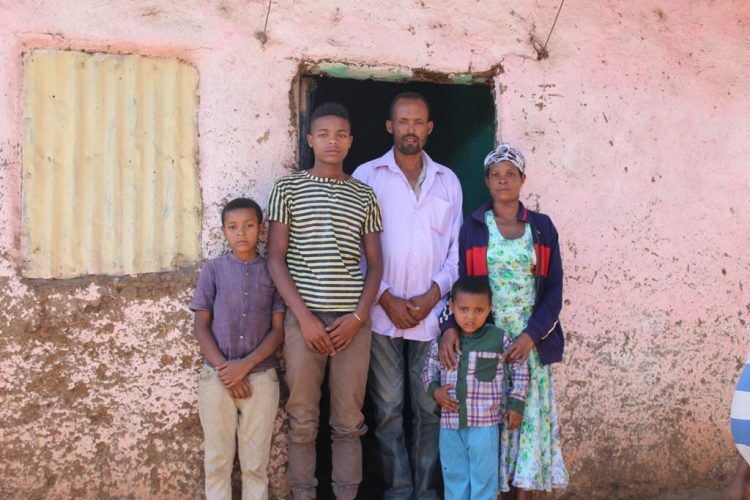 Amane Bitao and family in Ethiopia

The weeks of waiting were hard to bear. Finally, however, the unbelievable news came: Israel will allow a single plane of olim to arrive on February 14th, breaking with the aerial lock down. On that plane will be their brother Amane his wife and children. And indeed, on this very special flight was Amane with his wife and children.

This special story of a family reunification didn’t stop with the arrival of the siblings. Upon hearing that all his siblings had been granted permission to make Aliyah, Getahoun acted quickly and contacted Ruthi Cohen, the director of the Sapir Aliyah Center, telling her that his siblings were finally coming home and he asked for her assistance in having them placed at Sapir. Ruthi worked tirelessly to make this happen and permission was finally granted shortly before the siblings arrival to Israel.

Upon completion of the mandatory 14-day quarantine period at a facility in Northern Israel, Tedfalech, Shigao and their families arrived in Kiryat Yam in the beginning of February. Getahoun was thrilled to reunite with his brother and sister again and meet his nieces and nephews. The only brother missing from this initial celebration was Amane, who arrived to Sapir Aliyah Center with his family in early March. The entire Bitao family are ecstatic to be together again and are hopeful that their mother will soon join them in Kiryat Yam.

The Bitao’s are adjusting well to their new surroundings and the staff of the Sapir Aliyah Center have done their utmost to make them feel at home. The staff gave them a tour of Kiryat Yam, helped them to open up bank accounts, register with one of the health funds, sign up for national insurance and enroll the children in kindergarten and schools. Recently, Tedaflech, Shigao and their families took part in Purim festivities held at the Center, together with the some 300 new Ethiopian immigrants who recently arrived on Operation Tzur Israel. 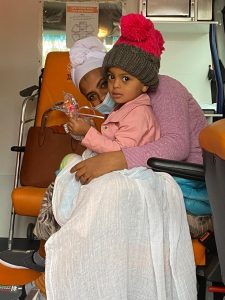 Eden Bitao taken to the hospital by ambulance

Unfortunately, Shigao’s two and half year old daughter, Eden contracted COVID-19 and had to be hospitalized. The entire Bitao family had to go into isolation in their respective apartments at the Center. During this period, the dedicated staff of the Center tended to the family’s every need and provided them with food baskets and activity kits to keep the children occupied. Thankfully, Eden has made a full recovery and the family is relieved to have her back healthy and smiling again.

Getahoun Bitao summed it all up by saying how truly grateful he is to Ruthi Cohen, her staff at the Sapir Aliyah Center, the Jewish Agency and its supporters for their help, concern and support in bringing his brothers and sisters to Israel and reuniting the family once again. 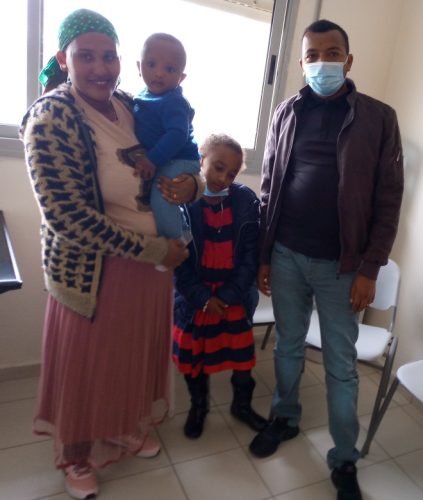 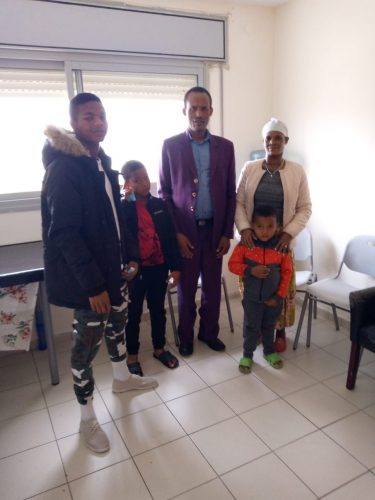 Amane Bitao and family in Israel