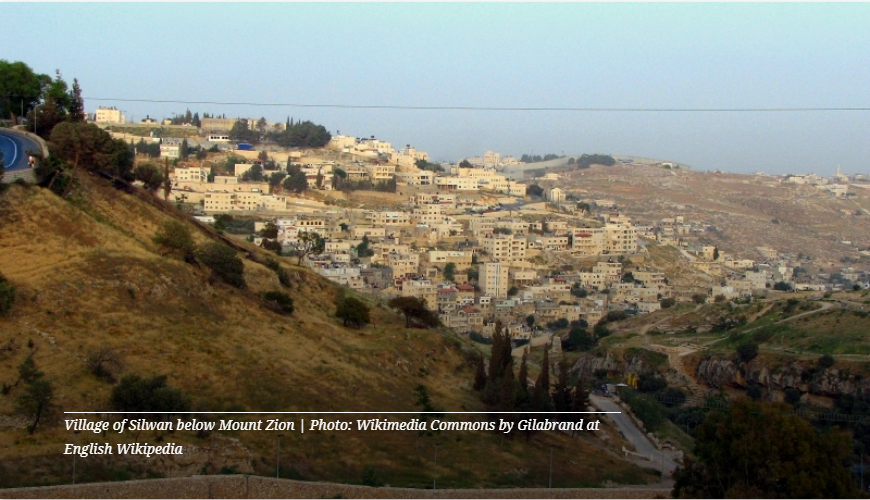 A Peace Plan With a Difference

On the eastern bank of the Kidron Valley, opposite the City of David is an Arab village called Silwan. For those unaware of history, the pastoral houses give a sense of Palestinian antiquity, and it is scenes such as this that the media often zoom in on to ‘prove’ the longevity of the Arabs to the Holy Land. But this village is just one hundred years old which in a real estate of the Middle East that stretches back 4000 years, is only the blink of an eye.

Jewish settlement in Silwan, which predated the Arab village that is visible today, began in the late 19th century. Yemenite Jews in the Arabian Peninsula interpreted sweeping changes in the world as a sign of redemption. Expecting that longed for Jewish messiah, many made their way to ‘Ottoman Palestine’ to settle in the ridge of Kidron, setting up home in empty tombs that once belonged to the kings of Israel. Over time, the small Yemenite community grew and just years before the state of Israel was born, it even had its own president in Jerusalem, a man called Moses Kehati. 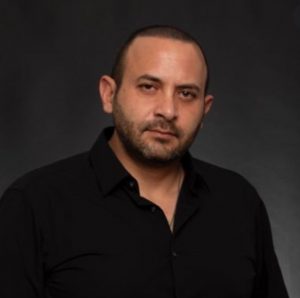 Inon Kehati, founder of “The Home”. The only Israeli Palestinian peace movement that opposes the two state solution and supports the restoration of the Israeli sovereignty to Judea and Samaria | Photo: twitter.com

Moses Kehati’s youngest grandson is Inon Kehati. Inon, who is following in his grandfather’s Zionist footsteps, is the founder of ‘The Home,’ the only Israeli Palestinian peace movement that opposes the two state solution and supports the restoration of the Israeli sovereignty to Judea and Samaria.

Although he has a BA in Governance and History of the Middle East, Inon has gained his most practical knowledge from his countless one-on-one coffee encounters with those who live in the heart of the conflict. For the last six years, he has enabled thousands of Jews and Arabs to meet each other face to face because true peace, he believes, can only be achieved by establishing relationship, and it is the settler Zionist Jews, those who have the deepest commitment to the entire Land of Israel, who should meet the Palestinians who live in Judea and Samaria and get to know each other.

Inon is a man driven by a double-sided passion. Although he is convinced that the only workable solution is the establishment of Israeli sovereignty over all the disputed territories, he also believes he has the solution for both sides to live in peace.

“Dialoging with Palestinians wins them over to the idea that the Palestinians are the Biblical ‘stranger,’ which invokes a Torah-based Jewish responsibility to ensure that they too live in peace”

Dialoging with Palestinians, he helps them understand that Israel is the ancient homeland of the Jewish people and with his endless cups of coffee with Jews, he wins them over to the idea that the Palestinians are the Biblical ‘stranger,’ which invokes a Torah-based Jewish responsibility to ensure that they too live in peace.

It’s a big goal, demonstrated by the shared Arabic and Hebrew name for his organization, “The Home.” But although a big goal, it has a smart, step by step strategy.

Since 2015, Inon has initiated a project called “Cleaning the hate.” This initiative sees Israelis and Palestinians meet in each other’s towns with trash bags in hand to clean up their neighbour’s  neighbourhood. The movement has gathered great momentum.  Numbers have increased and many towns are looking a lot cleaner. After the hard work on the streets, tired and grubby Israelis and Palestinians sit down and share coffee together.

With relationships now formed, the next step was to get permits for Palestinians to visit Jewish homes and meet their neighbours. Against all odds and contrary to the negative rumours of the media, Muslims and “settlers” meet in Jewish homes to share their stories. With such a warm reception, it is not long before Palestinians dare to speak behind closed doors about what they cannot say in public. Not even Inon would have dreamed that only after 6 years of The Home, Palestinians are stating that their own authority is brutal, and Israeli sovereignty is the only way for two peoples to live in peace and security in the ancient homeland of the Jewish people.